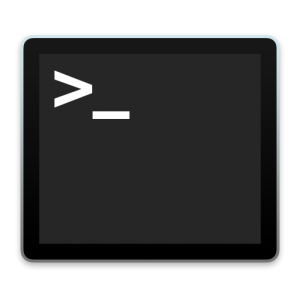 When trying to bring 10.11 support to AutoCasperNBI & AutoImagrNBI I stumbled across an odd issue.

Incredulous, I double checked this with James Ridsdale, Darren Wallace & David Acland. All of whom were located near me on the flight & all had their various MacBooks out running Keynote, Terminal &/or were running VM’s (spot the IT Crowd).

Below is what I found, steps to reproduce & a link to the bug on Open Radar.

The below is the function within AutoCasperNBI that was falling:

After much head starching & pulling apart, I found that this was the line where the issue was:

Yep, pretty much my response. By trying similar commands to ditto a file from a SIP protected location I found that whilst the ditto did copy the file, it would error.

Thinking this maybe due to Extended Attributes I tried some flags to disable dittoing them, then ACL’s, then for kicks both. Still same error, (click the below to open in a new window if needed):

Well, the use of ditto was not needed in some places in AutoCasper & AutoImagrNBI. So I replaced them with cp, which worked fine.

I’ve opened a bug with Apple, & have posted to Open Radar: here.

Apple have responded asking for some more testing, & I’ll update this post when I have more information.

I’ve posted this in the hope to save some fellow admins some sanity.