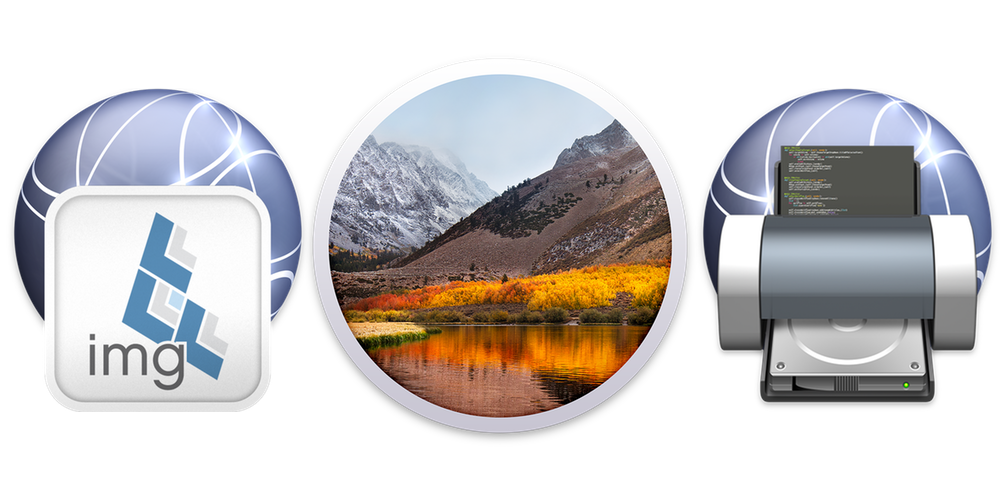 Another year, another macOS release & another update to AutoCasperNBI & AutoImagrNBI.

Details of the updates can be found below, as well as the sadness.

Below are the updates, changes & bullets dodged.

With High Sierra comes APFS, & that we thought might kill off NetBoot Image creation.

Well, nope! The only change is that you need to be running 10.13+ to properly read an APFS OS.dmg to create a NetBoot Image from.

If you try AutoCasperNBI & AutoImagrNBI on an OS older than 10.13 to read a APFS OS.dmg, you’ll see the below: 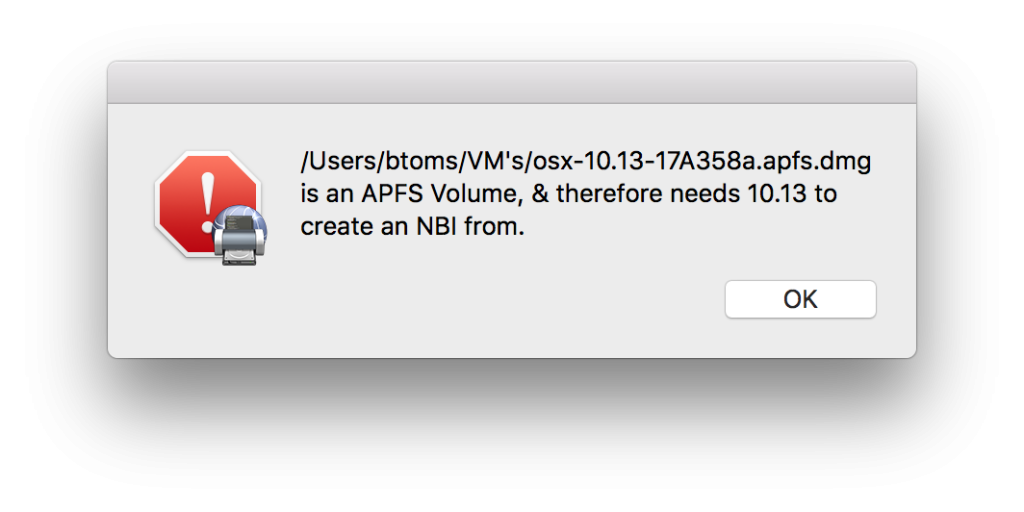 NetBoot Images are still HFS, in fact all that AutoCasperNBI & AutoImagrNBI does is mount the OS.dmg & copies the contents over ditto to a sparse image.

Sounds horrible? Well, this is largely copying what Apple do with SIU, & it works. 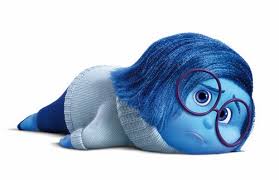 Sadly, in testing macOS High Sierra in relation to NetBoot.. 3 bugs have appeared.

Over the past couple to macOS releases, boot time for the NetBoot Image has increased.. but macOS High Sierra brings us 8-9 minute boot times.

This is all after the rc.netboot has run, so seems to be purely on the OS level.

This was a real head scratcher, but it seems that when a macOS High Sierra NetBoot Image is served over HTTP. Auto Login fails: 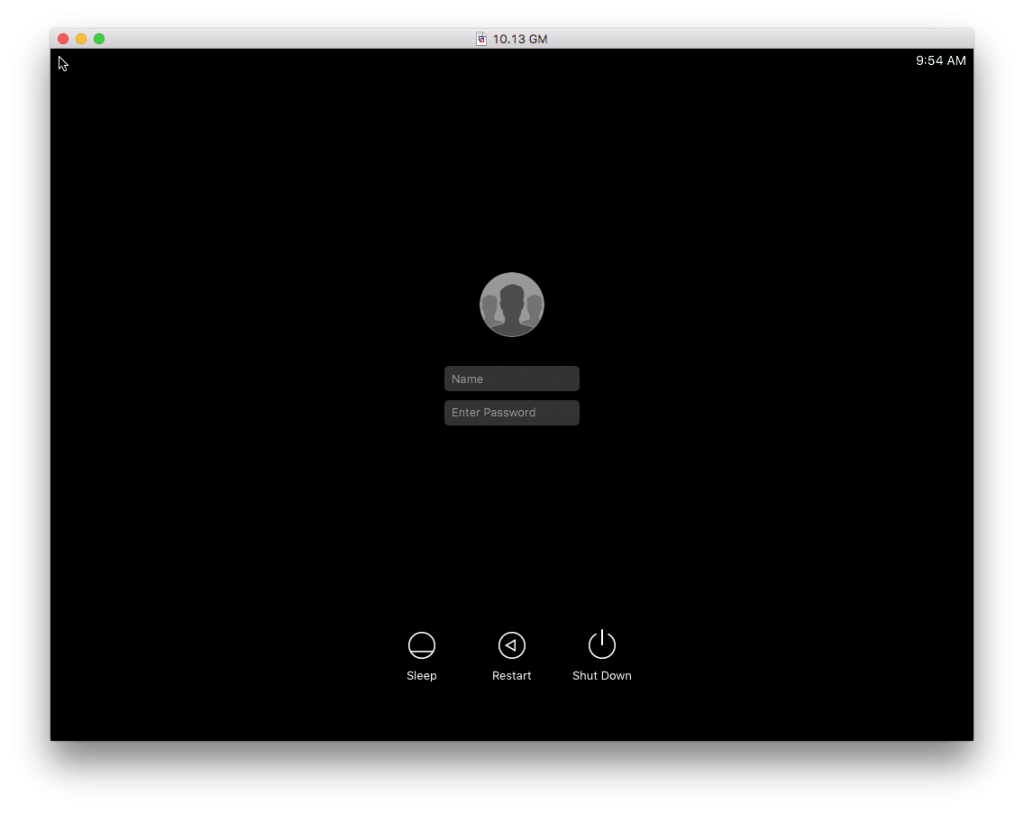 Well, not too bad right? See the next issue.

So, HTTP is back.. NFS fails.. spent a weekend chasing my tail with these two issue hampering me.

And to those of you using these apps 🙂

The respective apps auto-update mechanisms will be setup shortly.