I’ve recently been doing some work with AirWatch’s REST API.

LocationGroupId for an Organization Group?

If you’ve been administering AirWatch for some time, you’ll possibly remember that Organization Group’s were once called Location Group’s.

It seems like the API has kept this old name for backwards compatibility for people running API calls pre & post the change.

Within the AirWatch REST API documentation you’ll find various mentions of the LocationGroupId, which look like the below: 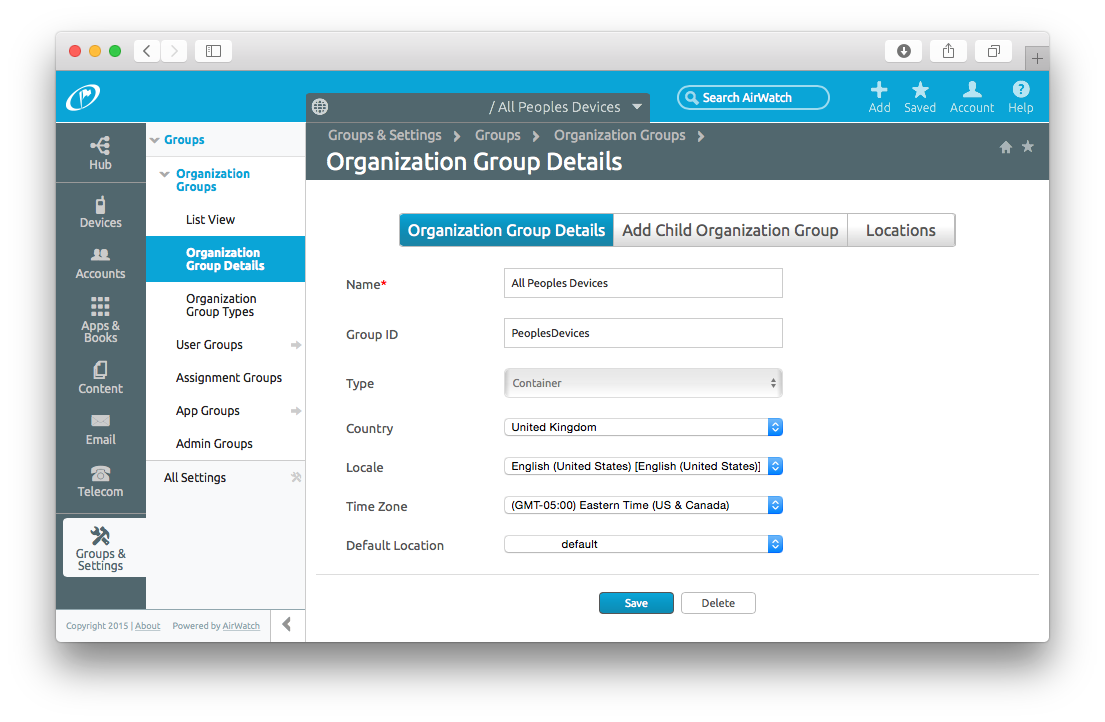 Sadly the “Group ID” shown above is not the needed LocationGroupId.

After logging a ticket with AirWatch support they advised that there are 2 places within that page where you can get the LocationGroupId. 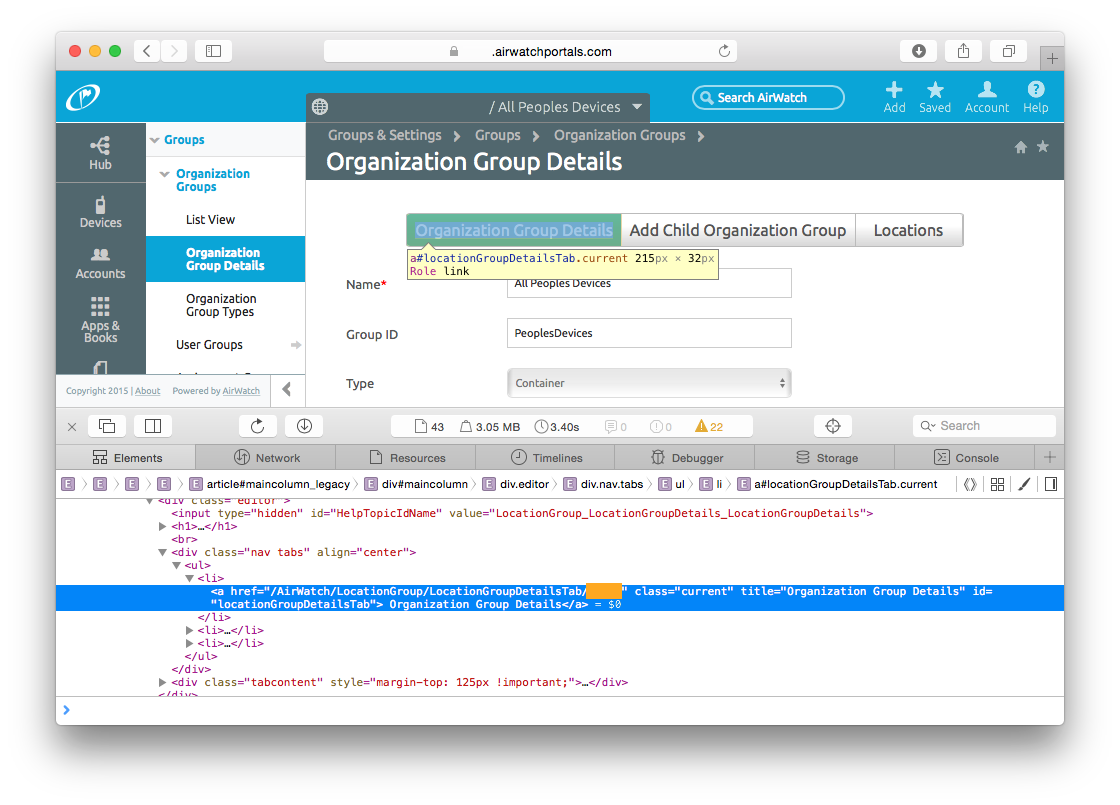 So the above is what I was advised by AirWatch support as the location to find the LocationGroupId.

However, in scouring the REST API documentation, it does appear that there is an API call that will get the LocationGroupId:

Where groupID is the “Group ID” that is shown within the console.