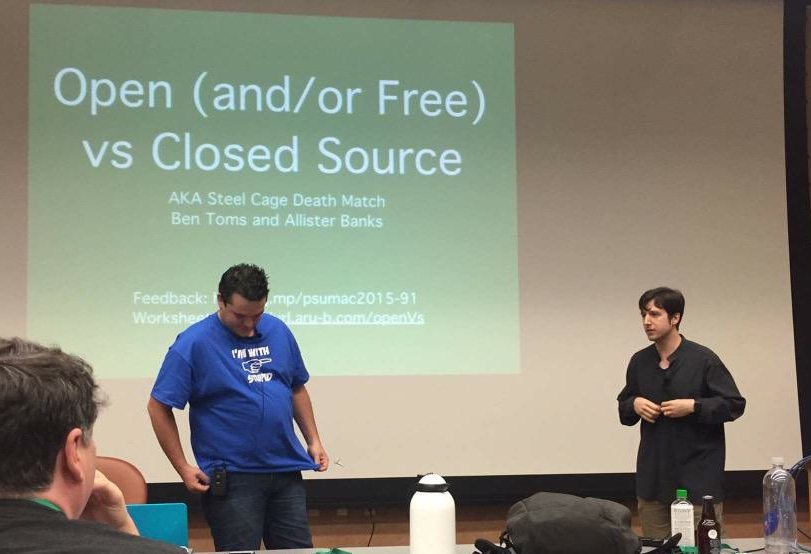 At this years MacAdmins Conference at Penn State, I had the honour of giving a talk titled “Open (and/or Free) vs Closed Source – Steel Cage Death Match” with the outspoken Allister Banks as my opponent.

The the deck is available here.

As you can see from the picture at the top of the post, I managed to get an early dig in & in fact that’s what people are chuckling about as the video starts. Allister countered immediately with him advising what a great year he’s had, bearing in mind that for 2015 I have mostly fallen apart.

The Mac Admin community is at times a community divided, so the idea of this talk was to try & show that no matter if you use paid for or free solutions.. the same ends are met.

To be honest, once I had the idea.. I knew of only one person that I wanted to share the stage with; Allister. He was a great sport, put me in my place a few times & brought a very strong counter argument to whatever I threw his way. 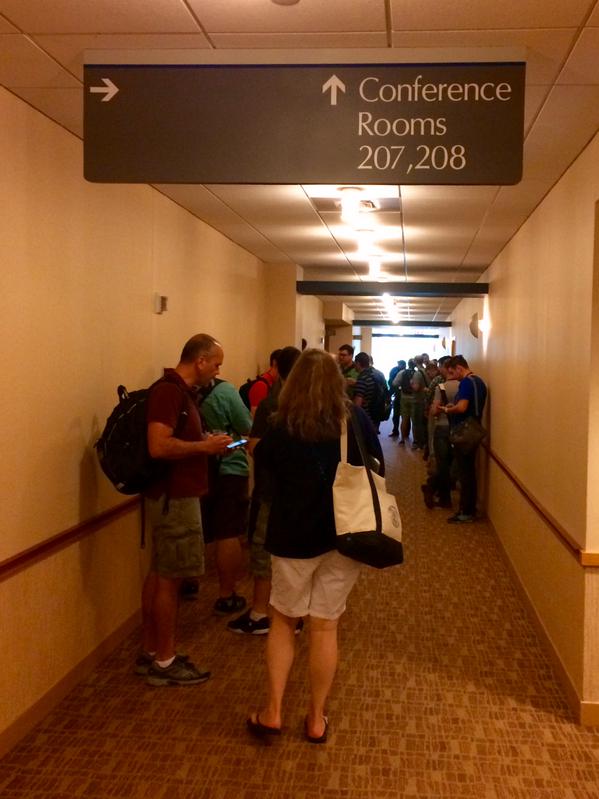 There seemed to be a number of people interested, with the above taken about 30 minutes before the talk & the room filling to standing room. If that wasn’t bad enough, somewhat off putting for me was the fact that a number of the authors of the free open source projects that Allister mentioned were in the audience.

Anyways, I hope you find it funny & informative, & thanks to the team at Penn State for approving the talk, Harry Fike for the video & periscoping it, as well Allister again for sharing the stage with me.

Oh & who won? I dunno, I wasn’t really interested in winning…