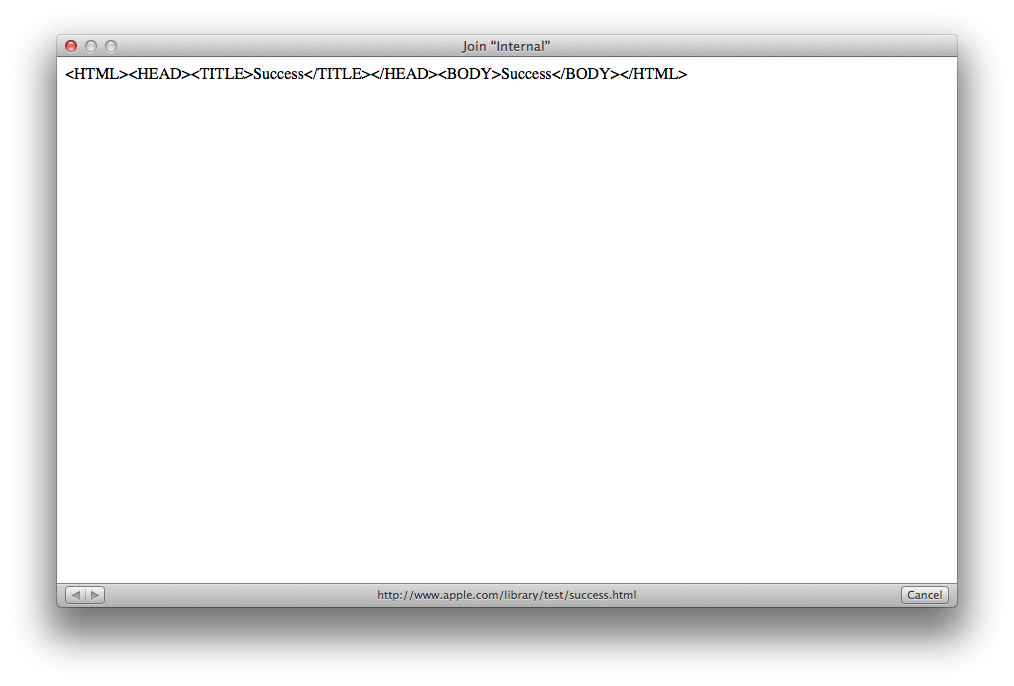 Earlier today the above popped up on some 10.9 Macs, iOS devices & even Android devices. Clicking “Cancel” would only stop the pop up for a few minutes & it would re-appear.

On the MacAdmins Slack a few mentioned seeing this, so the immediate thoughts of “OMG what has happened to my wireless” subsided.

In trying to figure it out, we isolated it to 10.9.5 clients.. & that’s about it.. (a brief period of blaming the latest Adobe Flash update just because of timing was disproved).

Anyways, people chimed in on Slack & offered this Reddit thread which showed few correlations, but mentioned “Captive Portals” & the mechanism that generated the page.

A Google later & this article helped to explain to me why we saw what we did (snippet below):

So, what seemed to have happened is that the file: http://www.apple.com/library/test/success.html has somehow become malformed.

Anyways, Apple soon resolved & I learnt something that I felt was worth sharing.

It also appears that the URL for 10.10 is not the same URL & neither is the same URL used for differing iOS versions. Also, some Android devices were affected as they used the same method (including the same URL).