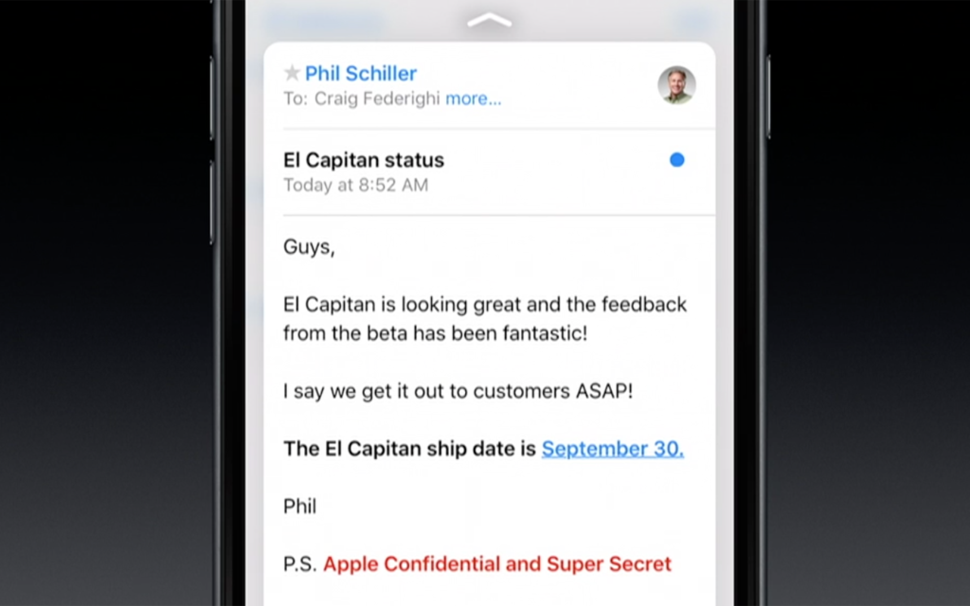 At Apple’s recent event, the release date for the next release of OS X (El Capitan) was “leaked” in the above shown email.

Not only is this release going to be the most magical since the last one, it’s main focus seems to be on performance & security. The latter of which will affect us admins, especially System Integrity Protection (read: SIP).

This post will try to explain one way SIP may affect you, & possibly how to prepare.

Apple has some documentation on SIP here, the key concepts of which can be found below:

Rich Trouton has a great post on the first key concept, & that can be found here, it’s the last concept that I’m going to go into more detail in this post.

As Rich Trouton (again) has blogged & noted, Apple have taken the unusual & welcome step of releasing a KB article on the changes in 10.11 in the KB (despite some confusion on the KB): Prepare for NetBoot, NetInstall, and NetRestore requirements in OS X El Capitan.

Rich has an awesome image to depict whether or not this will affect you: 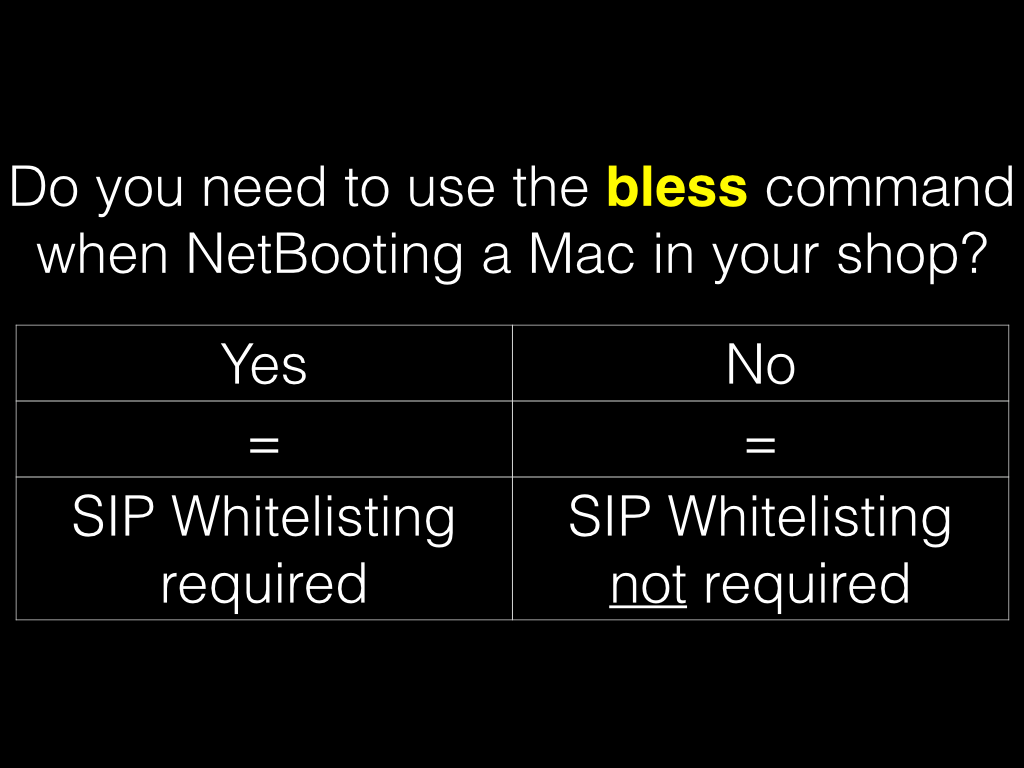 So, if you need to NetBoot your clients via the bless command how &/or when can you add a trusted NetBoot server to the Macs whitelist & where is this record kept?

To get a list of the whitelisted address enter:

The issue comes in that if you need to use bless to NetBoot a Mac, then you’ll need to first boot the Mac into the Recovery Partition & then add the netboot servers to the whitelist.

The whitelist is then written to the booted Macs NVRAM, which is Non-Volatile until you reset it.

That’s not a particularly uncommon troubleshooting technique, & will then undo the hard work you put into whitelisting your NetBoot servers.

So rather than faffing around with csrutil, what other options are there? Well, there are two alternatives:

The 1st option is probably the most drastic & could possibly be logistically unfeasible, & the latter is the one that seemingly makes network admins panic.

IP Helper addresses are used within environments for things such as DHCP, NetBoot & PXE.

The fact that the IP Helpers are used for DHCP is what seems to make network admins get all twitchy.

However, IP Helpers can be put in place for both DHCP & NetBoot. The below is somewhat the process involving those when NetBooting a Mac:

The above is “kind of” right, it’s been cobbled together mostly from this Mike Bombich article. But the important take aways are:

If you Network Admins prefer more diagrams, Parallels also have this KB.

With the IP Helpers in place, Mac clients will send their BSDP Discover requests via to the addresses defined in the IP Helpers without needing any whitelisting.

So, if resetting NVRAM is a thing you do regularly & you currently need to use the bless command to NetBoot.. IP Helpers can greatly simplify the process.

Also, as if you’re using either AutoCasperNBI or AutoImagrNBI neither of those will help a 10.11 client NetBoot to a server requiring whitelisting in the 1st instance. The solution? IP Helpers.

3 thoughts on “Faffing About With csrutil”